Tales From Outer Suburbia Being Adapted for TV

The Oscar-winning team behind The Lost Thing has joined forces with award-winning animation studio Flying Bark Productions to develop an animated series based on Shaun’s bestselling illustrated book Tales from Outer Suburbia.

Tales from Outer Suburbia is a multi-award-winning book, which has been translated in 28 territories across the world.

The television adaptation tells the story of clever “almost 13-year-old” Klara and her younger brother Pim, who begin experiencing weird and miraculous phenomena as they go about their everyday life in Australian suburbia, whether that be spotting a water buffalo hiding in the long grass in a vacant lot, or discovering a secret garden deep within the walls of their home.

Shaun Tan is the creative director of the development of the series, working alongside producers Sophie Byrne and Alexia Gates-Foale with writers Sam Carroll and Lally Katz. Barbara Stephen and Bernadette O’Mahony (ACTF) are Executive Producers. 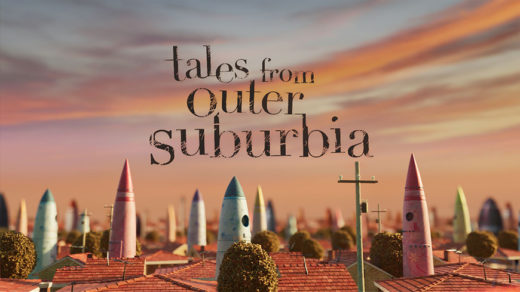