“A universal tale of immigration, the story of an ordinary man’s journey to a strange and distant country, seeking a better life for his family.” 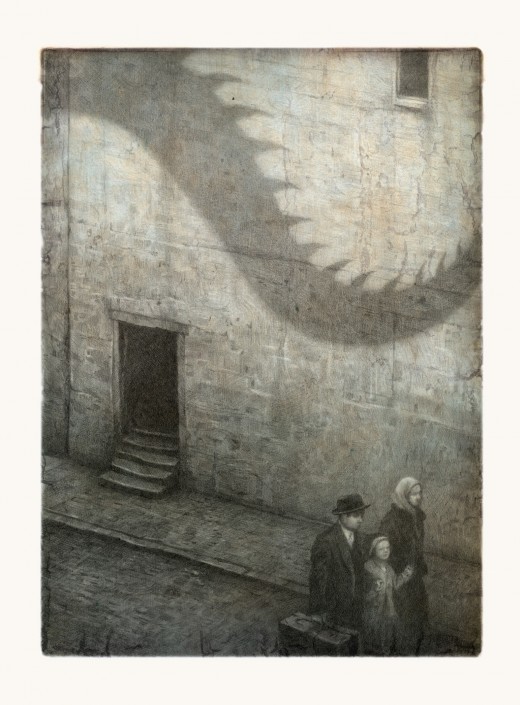 A man leaves his wife and child in an impoverished town, seeking better prospects in an unknown country on the other side of a vast ocean. He eventually finds himself in a bewildering city of foreign customs, peculiar animals, curious floating objects and indecipherable languages. With nothing more than a suitcase and a handful of currency, the immigrant must find a place to live, food to eat and some kind of gainful employment. He is helped along the way by sympathetic strangers, each carrying their own unspoken history: stories of struggle and survival in a world of incomprehensible violence, upheaval and hope.

Based on Shaun Tan’s critically acclaimed wordless graphic novel, The feature film adaptation of The Arrival is currently in script development with US producing partner Nick Wechsler Productions www.nwprods.com.

The Arrival is intended to be uniquely entertaining feature film that appeals to a family audience combining live action with animation to create a world that will fill the audience with awe and wonder.